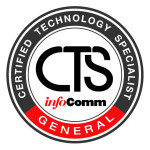 Aaron Skolnik is the founder of KNO Technology Group, LLC.  He has been almost literally attached to a computer in one way or another since the Commodore 64 that his father brought home when he was five years old.  Aaron planned to be a TV Meteorologist, holding a Bachelor’s Degree in Geography/Earth and Atmospheric Sciences from Salisbury University.  After several years in the TV Business as a web content manager, senior broadcast producer and fill-in Meteorologist, he moved into the Government IT sector, working as a systems administrator at the U.S. Patent and Trademark Office.  Shortly thereafter, Aaron found a way back into the TV business, while still working for Uncle Sam, working as the Technical Operations Manager for the Federal Emergency Management Agency’s Office of External Affairs.  In that role, he is responsible for operation of FEMA’s Broadcast Television and Press Briefing facilities in Washington.  Aaron has done freelance IT consulting since 1995. He is a Certified Technology Specialist, first certified in 2011 by InfoComm.  In his “spare” time, Aaron also officiates high school and college football.