Remote Control – not just for your TV

Get ready for .sexy, .tattoo, .ninja and .guru (among others)

The days of .com, .net, .org and .edu being the most recognizable part of a web address are coming to an end. Imagine going to www.amazon, www.microsoft or even ravens.football… It’s happening now. In fact, I’ve even set up this website to live at kno.technology (the .technology domain just came online today).

It’s all because of a change in the way the internet works. ICANN, The Internet Corporation for Assigned Names and Numbers, which acts as a sort-of “traffic cop” for internet addresses, started a process in 2005 to expand the number of “Global Top-Level Domains” (hereafter called gTLDs) on the net. Nearly 2000 applicants requested new gTLDs and ICANN has been sorting them out since 2012. The first 100 or so have gone live over the past few months. There’s still a battle over domains like .amazon (should it belong to the company or the river?) and .apple (company or fruit growers?)

It’s going to take a little getting used to — we’ve been so accustomed to the familiar .com since people started logging on over 25 years ago. Now the number of gTLDs has increased five-fold in just the last 3 months.

Some of my absolute favorites that are already approved and coming online soon: .sexy, .tattoo, .ninja and .guru

You can take a look at the list of newly-delegated gTLDs (which is growing every day) here. 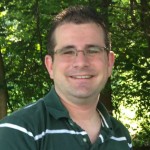